10 Alternative Places in London And What They Offer

Why visit alternative places in London when you can be strolling through some of London’s best museums?

Don’t get me wrong, when I visit a new place  I always do all the touristy things. But to really get a feel for the place, you need to find places where the locals love to frequent. Sometimes we all need a bit of quietness and don’t want to be surrounded by big crowds with selfie sticks. 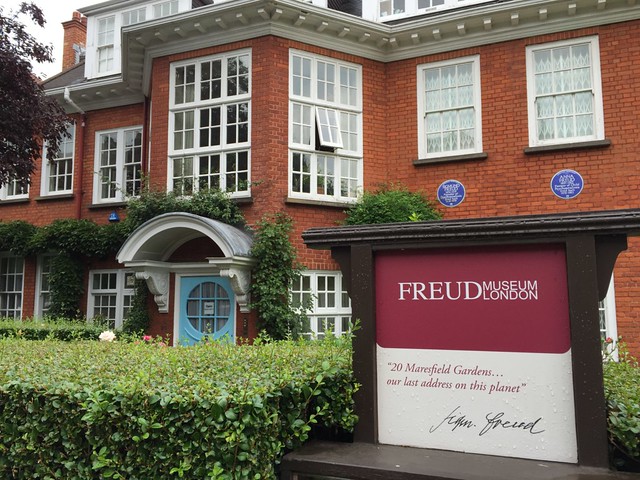 Photo: Freud Museum by Matt Brown on Flickr (under CC 2.0)

You can tell a lot about a person by their apartment. When you step into the Freud Museum,  you step into his home. Therefore you get a chance to peek into the private space of world’s most famous psychoanalyst.

After fleeing from the Nazis, Sigmund Freud and his family made Hempstead their new home. In this house, he has produced some of the most noteworthy works in the field of psychology. Everything in his Hempstead home remained the way he left it. The interior was decorated due to the help of Anna Freud, Sigmund Freud’s daughter.

You can see the waiting room, his study, and the famous couch! The museum offers an all-around insight into his cultural environment much as the trajectory of the development of psychoanalysis. 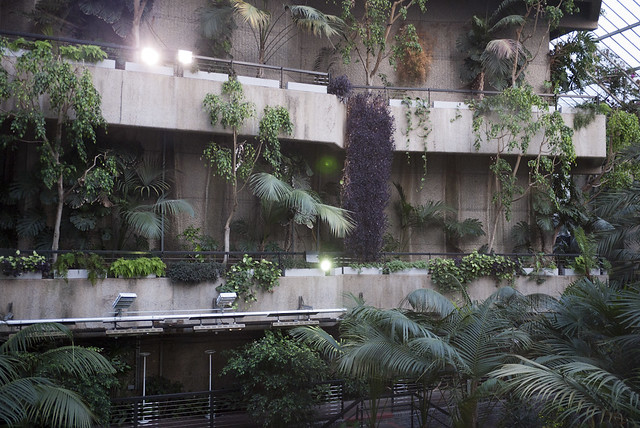 Photo: Barbican Conservatory by Sascha Pohflepp on Flickr (under CC 2.0)

Barbican Conservatory is the second biggest conservatory in London. The building is also one of the finest examples of brutalist architecture, therefore, an interesting choice for a conservatory. One of the things that makes it special, is that this little green oasis is hidden in the midst of London. It houses over 2,000 species of tropical plants, trees and various exotic fish. If you want to be surrounded by tranquillity and escape the crowds of London – this is the perfect hideout.

It has amazing exhibitions and workshops throughout the year, so keep an eye out for interesting events.  The only downside of this place is that it’s only open on Sundays! 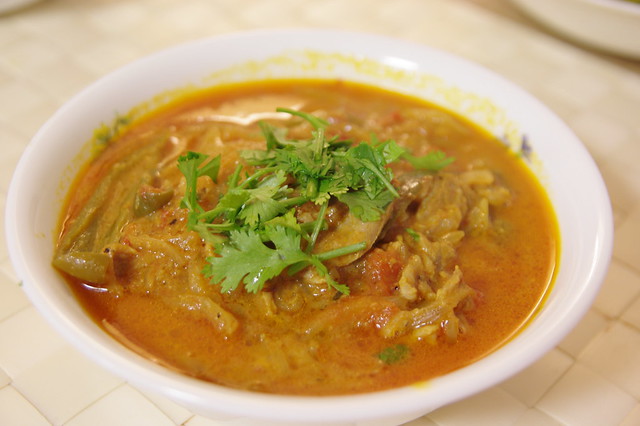 Photo: Lamb curry by pelican on Flickr (under CC 2.0)

By all accounts, the Indian YMCA is an institution. They’ve existed around 60 years and during all those years they’ve created an impeccable reputation and they uphold it to present day.  So what do you get at the Indian YMCA? The best and most affordable Indian food in all of London.

Notoriously known for their curries (they offer vegetarian and non-vegetarian options). Everything is cooked home-style and spiced accordingly. A number of different dishes, all with rich aromas and low prices. Consequently, you will definitely find yourself coming back during your stay in London. 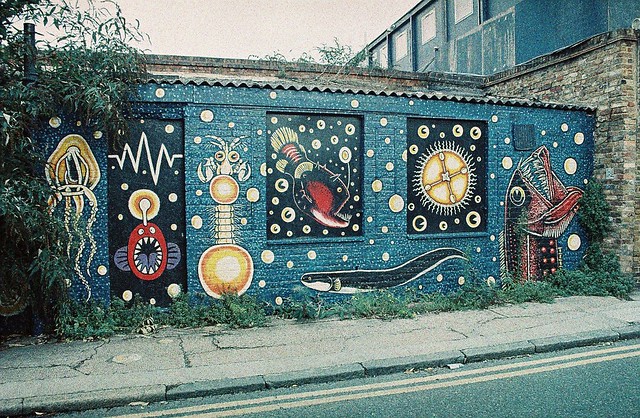 Photo: Trinity Buoy Wharf by k_tjaaa on Flickr (under CC)

It is the origin of Container city and home to London’s only lighthouse!

Container City is a new model of eco-friendly building design! Recycled shipping containers are used as living and working quarters. The Container City now counts over 70 containers. In addition to being good for the environment seems like it’s even more beneficial for your wallet!

London’s only lighthouse is interesting due to its unusual purpose. Jem Finer developed a musical composition that has been played since the 31st of December 1999. The composition will continue with no repeat until the year of 2999. You might think that listening to a 20 minute and 20 seconds piece would get tiring (and you’d be right!) but this piece is using an algorithm. The algorithm gives a large number of variations therefore making the composition to go in improvised directions.

If you want to find out more about the Trinity Buoy Wharf click here. 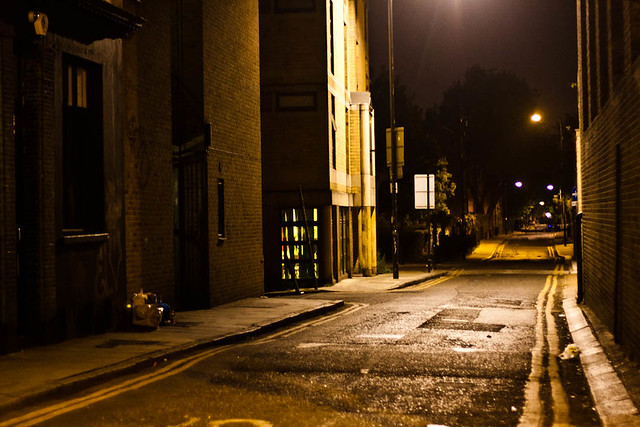 This tour is not for the faint-hearted. It is taking you on the route of the notorious Jack the Ripper, a murderer that terrorized the streets of East End London. The 125-year-old murder mystery to this day baffles world-class crime investigators and historians. This tour transports you onto the streets of 19th century East End.

Explore the gruesome details of East End’s dark cobbled streets and dimly lit passageways. The whole route is constructed as an investigation, as a result, making you feel as if you fell into a Victorian detective novel. 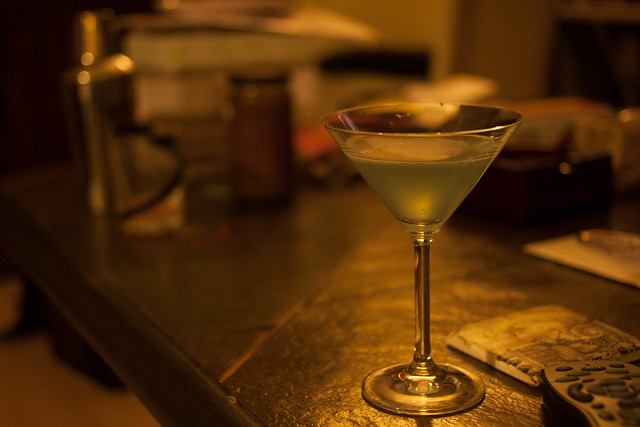 Photo: Aviation by Adrian Scottow on Flickr (under CC 2.0)

I am obsessed with speakeasy bars. The better hidden, the better. If they have a password which is hard to come by I am particularly amused. The charm of speakeasy bars stems from a multitude of reasons. First of all, all that playing around with hidden locations, entrances cleverly disguised as phone booths brings out our inner child. Secondly, it feels as if you’re a part of some secret club as if you’re in on a secret. It makes every night out that much special.

When coming to a new city – I always try to find out what’s their take on a speakeasy bar. London doesn’t disappoint!

The Mayor of Scaredy Cat Town is hidden under the Breakfast Club on Artillery Lane. The Breakfast Club looks like a typical New York breakfast place. If you’re in for more than a breakfast ask the waitress to see the Mayor. You will be led to the entrance. The entrance is hidden in a fridge! The underground bar serves brunch and delicious cocktails.

7. Magic Circle Museum at the Centre for Magic Arts 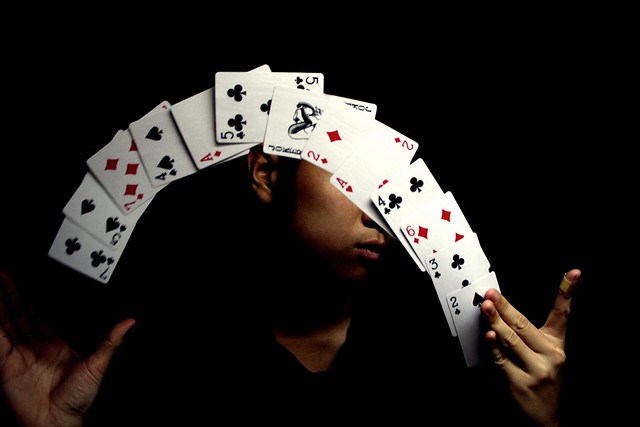 A secretive group of illusionists who made London a centre of magic (yes, way before the-Boy-Who-Lived) swore to keep their magic a secret. While we aren’t privy to their illusion tricks we are allowed to take a peek. As a result, the Magic Circle Museum is opened! The impressive collection has a number of interesting illusionist’s tools. Some of them are the same guns used in bullet illusions or pieces from Houdini’s act. Make sure to see some of their magic acts! 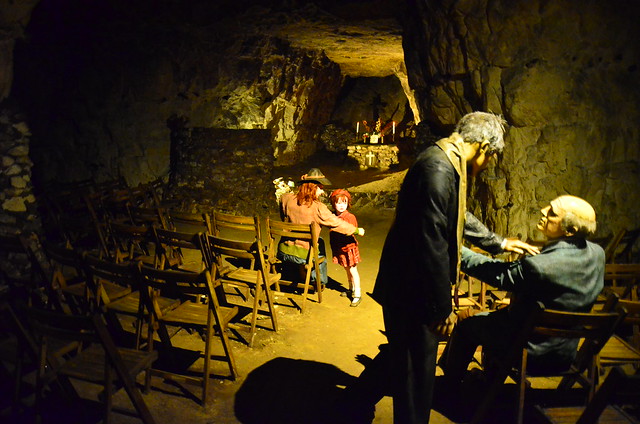 Photo: A church service in Chislehurst Caves by Ben Sutherland on Flickr (under CC 2.0)

Chislehurst Caves are chalk caves that were mined by hand for over 8000 years. They were mined for flint and lime, and later on served as an ammunition depot during First World War. The 8000 years old history is divided into Druid, Roman and Saxon times. But nowadays they opened up new passageways which guide you through time to present day! It is especially interesting to visit during Halloween due to their special events!

If you want to find out more about Chislehurst Caves click here. 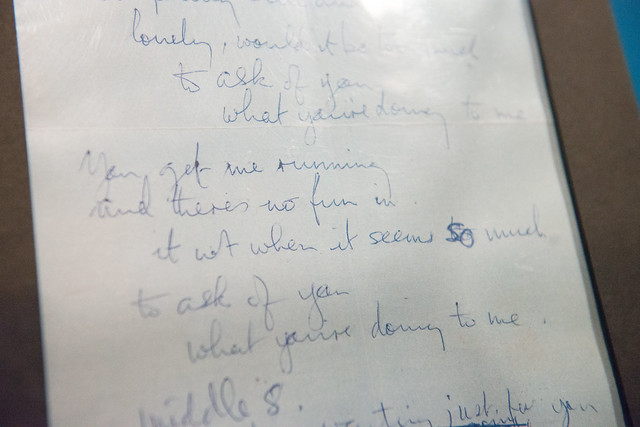 The Sir John Ritblat Treasures aka the British Library’s Treasures Gallery is one of the most popular museums among the Londoners. It covers 2000 years of history! What makes it so interesting is the rather eclectic collection. You can find anything from Da Vinci’s or Jane Austen’s notebooks, Magna Carta to the Beatles’ lyrics.

Time Out magazine described the British Library’s Treasures Gallery as “The Holy grail for history buffs.”

And I saved best for last! The permanent exhibition of Henry Wellcome’s amazing objects features the history of science and medicine in a rather interesting and fun way. In addition to the permanent collection, there are a lot of great temporary exhibitions as well. They cover a vast array of universal topics, such as sex, sleep and death.

The Wellcome’s collection of weird objects won’t let your excitement fade away. Therefore you will find random objects such as Napoleon’s toothbrush, a DNA sequencing robot, an ancient mummy, Darwin’s walking stick and much more.

If you want to find out more info about the Wellcome Collection click here.

Also, don’t forget to check out these 5 places to visit in UK besides London.

What is your favourite quirky spot in London? Share in the comments!

5 Places To Visit In UK Besides London